Another Allegation of Sexual Assault at a NYC Hotel

NBC New York: The hotel where an Egyptian businessman allegedly sexually abused a maid says it is purchasing panic devices for its room attendants.

The Pierre Hotel said Tuesday that it will acquire "emergency communication devices" after the incident Sunday, which came two weeks after a maid at the Sofitel said she was sexually assaulted by French politician Dominique Strauss-Kahn.

The alleged assaults have called attention to what some say is a re-occurring problem for maids in hotels. Peter Ward, president of the New York Hotel & Motel Trades Council, said the Sofitel has also committed to the devices; the hotel did not immediately comment. The union says it is researching what type of device to use and will recommend to the hotels.

In the latest case, police said Mahmoud Abdel-Salam Omar, 74, called housekeeping at The Pierre to bring him tissues at around 6 p.m. on Sunday. Law enforcement officials tell NBC New York that when the maid arrived at room 1027 with three boxes of tissues, Omar answered the door wearing a "silk-type" garment and asked her to place them on a table near the bed.

According to law enforcement officials, Omar then grabbed the maid in a bear hug and began to kiss and fondle her, grabbing her breasts and rubbing against her. She resisted and said "I'm not here for this," officials said. He then locked the door to prevent her from leaving, before asking for her phone number, according to officials. When she gave him a number, police said, he let her out of the room.

There was no immediate information on whether Omar had an attorney. He was held Monday night at a police precinct and transferred Tuesday morning to a booking facility near a Manhattan courthouse.

Omar is currently the board chairman of the El-Mex Salines Co., a state-run salt production company, according to the company's website. It is the largest salt producer in Egypt and the Middle East, the website said. Company officials could not immediately be reached for comment.

The Pierre is owned by Taj Hotels Resorts and Palaces of India.
Posted by Unknown at 3:32 PM No comments: 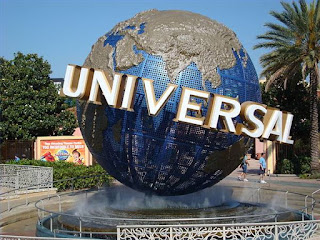 Orlando Sentinel: Comcast Corp. has decided to buy The Blackstone Group's half of Universal Orlando, two people familiar with the plan said Tuesday. The move will give the Philadelphia-based cable giant full control over NBCUniversal's biggest and most profitable theme park, which has been experiencing record crowds since opening the Wizarding World of Harry Potter last summer.

The pending deal was first reported by TheWrap.com, a news website covering the entertainment industry. Comcast is expected to pay between $1 billion and $1.5 billion for Blackstone's stake in Universal Orlando, TheWrap.com reported, citing an unidentified source with knowledge of the detail. Universal generated $267 million in operating profit last year.

Representatives for Comcast, Blackstone, NBCUniversal and Universal Orlando all declined to comment Tuesday. The people familiar with the pending sale who spoke with the Sentinel did so only on the condition that they not be identified because they were not authorized by any of the parties to discuss the deal publicly.
Blackstone formally offered to sell its Universal Orlando stake to Comcast in March, weeks after the cable company completed a $13 billion acquisition of NBCUniversal from General Electric Co.

Comcast has until June 12 to buy out Blackstone or the private-equity firm will be free to solicit third-party bids for the entire resort. Comcast would be compelled to sell if Blackstone were able to find a rich enough bid. Comcast executives have hinted in recent weeks that they were learning toward accepting Blackstone's offer to sell. During a conference call with analysts earlier this month, Comcast Chief Financial Officer Michael Angelakis called the resort "well-managed" and "growing nicely."

NBCUniversal's new chief executive officer is Steve Burke, who had previously been Comcast's chief operating officer. Burke is a former Walt Disney Co. executive who once ran Disneyland Paris. Universal Orlando is also in the midst of the strongest financial performance in its history, thanks to the popularity of the Wizarding World of Harry Potter. The resort's two theme parks — Universal Studios Florida and Universal's Islands of Adventure — drew 11.2 million visitors last year, up 20 percent from 2009. Profit rose more than six-fold to $148 million. The gains have continued in 2011. First quarter attendance was up 68 percent from a year earlier.

Industry analysts say a deal between Blackstone and Comcast is the ideal outcome for Universal. Most of the resort's key intellectual property licenses — including its deal for Harry Potter with Warner Bros. Entertainment — include provisions in which Universal could lose those rights if acquired by a new owner. But those change-of-control provisions wouldn't be affected by NBCUniveral assuming full ownership.  "Full ownership by NBCU, which owns other Universal-branded theme parks globally, rather than in a 50-50 joint venture with a private-equity firm, would clarify the long-term strategic and financial position of the company," John Puchalla, a corporate-credit analyst with Moody's Investors Service, wrote in a research note in March.

Comcast, through NBCUniversal's Universal Parks & Resorts division, already owns Universal Studios Hollywood in California. And it operates Universal theme park parks in Japan and Singapore through licensing deals. Blackstone has co-owned Universal since 2000, having paid $275 million cash to buy the stake from Rank Group PLC. The firm in 2009 bought Orlando-based SeaWorld Parks & Entertainment for a deal valued at about $2.5 billion.
Posted by Unknown at 12:08 PM No comments:

Gloria Allred and the Case of the Sexy Casino Uniforms 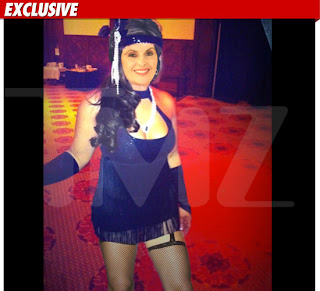 TMZ is reporting that celebrity attorney Gloiria Allred is defending 9 cocktail servers who were fired from the Resorts Casino in Atlantic City to make way for younger women. TMZ's Photoshopped image is on the right.

Allred plans to hold a press conference in Atlantic City at noon Tuesday. The women are suing for unlawful race, sex and age discrimination.

No word on what Allred will really be wearing.

Instant Replay: Atlantic City Casino Workers Fired Because of "Skimpy Uniforms"
Posted by Unknown at 5:51 AM No comments: